Whether you're a layman looking to understand your own transaction or a lawyer needing assistance with a client's conveyancing our step by step sale and purchase guides will lead you through the process while our mini guides will break the whole thing into manageable chunks and give a deep insight into the key issues and stages. Leasehold, freehold, unregistered, registered – we've got it all covered.

Need help with a remortgage or transfer of equity / deed of gift? Our guides will walk you through the process and highlight some of the common pitfalls. Mortgages and transfers can be very simple procedures but complex issues can sometimes arise and mistakes are easily made. These guides will help you deal with them.

So you want to have a go at your own conveyancing? First you should read about the risks, then if you're still happy to proceed, our guides will take you through each stage of the process telling you what to look out for and helping you avoid falling into expensive traps. Our subscription service will give you access to all of the documents you should need for your conveyancing and we can even supply you with the Land Registry Official Copies you'll need. Our general guides will cover all the obstacles you are likely to face and offer a practical solution. Have a look at our sale and purchase guides too.

A big part of the conveyancing process is the conveyancing searches. This section tells you all about them. What they are, how and when to order them and how to interpret the results. Each search has its own guide and you'll see they are separated into Standard (should be done in every case), Regional (area specific) and Optional (not essential but often useful tools for the would be purchaser). All buyers should beware that when you buy a property, the law assumes that you have seen the information that would have been revealed by searches whether or not you have actually carried them out, so you buy the property subject to the results.

Using a conveyancer to handle your conveyancing will greatly reduce the risk to you and sometimes, particularly if you are taking out a new mortgage, you will have no choice but to instruct a conveyancer. The good news is it doesn't have to break the bank. Get a free, instant quote here. We can also help with quick easy quotes for other moving related services.

Are you looking for the documents you'll need for your conveyancing transaction? Or official copies of the title or other documents from Land Registry. We can help you. Follow the links below.

What is Exchange of Contracts?

Once exchange of contracts has taken place both parties are bound in to the contract, therefore it is vital that all outstanding matters are resolved prior to exchange taking place. The following is a list of items that might be required/checks that should be made before proceeding :-

There are various methods of exchanging contracts, which are detailed below:-

Traditionally, in a time when both firms of solicitors would have been on the same high street, the two solicitors would meet and exchange contracts, and the buyer's solicitor would hand over the deposit, in person. Nowadays this will rarely happen. Even if the two firms are local to each other (and often they are not) it is easier to use one of the exchange formulae described below.

Formula A Exchange of Contracts

When it become apparent that it was no longer practical for solicitors to exchange contracts in person, the Law Society came up with three formulae to deal with the problems this raised. when using formula A, which is quite rarely used, the buyer's solicitor will post his client's part of the contract, together with the deposit, to the seller's solicitor, who will then telephone (though he could instead write to) the buyer's solicitor to confirm exchange of contracts has taken place.

Formula B Exchange of Contracts

This is similar to formula B, and indeed when completed it will be recorded as a formula B exchange, however it facilitates exchanges where there is a chain of transactions. The problem that arises with a chain is that there is a risk that a solicitor will exchange contracts on his client's sale property, then attempt to exchange on his client's onward purchase only to find that the seller's solicitor is not ready or that the seller does not want to proceed. This can happen even when the seller and his solicitor have previously intimated they were ready. This would of course leave the client bound to sell his property but with no property to buy. This problem is overcome with the release system. A chain will necessarily have a buyer who has nothing to sell at the bottom, and a seller with nothing to buy at the top.

The exchange process starts with the solicitor for the buyer at the bottom (we will call this position 1) releasing the contract to the next solicitor on in the chain (position 2). This means that position 1 agrees he will exchange with position 2 provided that position 2 calls him back by an agreed time to complete the exchange. Position 2 can now contact the solicitor at position 3 and attempt to exchange contracts, safe in the knowledge that if successful then position 1 is obliged to exchange with him and if he is not then he is not obliged to exchange with position 1. Position 1 does not have to worry about the possibility that exchange might not take place since his client does not have a dependent transaction. If position 3 is not the top of the change then position 2, rather than simply exchanging with position 3, may release the contract to him. If position 3 then cannot exchange with position 4, he does not confirm the exchange with position 2 who does not therefore confirm it with position 1, and so nobody is bound into a contract. I say earlier that there is always a time limit on a release. This is necessary so that the person giving the release is not bound indefinitely. The release should always expire on the same day it is given, since it is possible that something may happen overnight to make the person whose solicitor has given the release decide that he does not want to proceed. If the release has not expired that he is obliged to proceed. If a solicitor is taking the benefit of a release and then giving a release to the next link in the chain, he should make sure that the release he gives expires at least 15 minutes, but preferably half an hour, before the release he has the benefit of. If the two expired at the same time, or within a few minutes of each other, there is the risk that the solicitor he has released to will get back to him at the last minute to confirm exchange, thus meaning that by the time that exchange is completed the release he has taken will have expired and he may no longer be able to complete the exchange. Although the method of taking and giving releases is known as formula C, once the exchange is completed it becomes a formula B, and this how it is recorded on the contract (the rationale being that you take/give a formula C release so that you can then complete a formula B exchange).

Undertakings on Exchange of Contracts

Where there is a chain of transactions, the deposit cheque will sometimes be passed straight to the top of the chain. This is because there may not be time for it to be posted to each solicitor in turn, who would then have to wait for it clear before posting it on.

This is where exchange of contracts and completion take place on the same day. This might be done where the parties decide they want to complete at short notice, or where buyer does not have a deposit to offer (for example if he is obtaining a 100% mortgage). It does have its risks, since there is no guarantee, until the day itself, that completion will take place, and so there is the risk that deposits paid to removal companies will be lost, telephones and possibly other services will be disconnected prematurely etc etc. In addition, the funds may not begin to be transferred until after the exchange has been done. Since this means the funds will begin their journey later, it in turn means that there is a greater risk that they will not reach their destination in time. My own view is that simultaneous exchange and completion should only be considered where there is no chain, or no more than 2 properties in a chain.

Get a Quote now
Ask Now 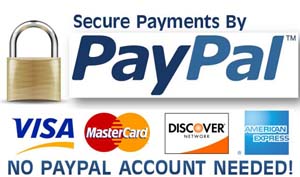 Your use of this website is subject to our terms and conditions. By continuing to use this website you agree to be bound by the terms and conditions and we recommend that you read them carefully before proceeding. This site is owned and operated by DGPS Partnership LLP (“DGPS”). DGPS is not a firm of lawyers nor are the partners authors or employees legally qualified. This website does not constitute legal advice and should not be treated as such.